Raindrops on roses and whiskers on kittens
Bright copper kettles and warm woolen mittens
Brown paper packages tied up with strings
These are a few of my favorite things.

I recently heard this song by Julie Andrews from the Sound of Music and it got stuck in my head, then it also got me thinking, “What are a few of MY favorite things?”  Well, of course, my Indian cent collection came to mind.  I can’t think of anything else (besides my family and little kitty) that brings me more joy.  So I thought I’d like to share a few of my favorite Indian cents from my personal collection.  (Photos are courtesy of Todd Pollock at BluccPhotos.com.)

Many of those who know me know that I love toned copper, both Indian and Lincoln cents, and most of the coins in my personal collection have, in my opinion, beautiful toning – blues, greens, silver, rose, magenta, etc.  However, some of my most favorite coins have interesting and unique errors or varieties.  And if they happen to also have pretty toning, all the better.  This first favorite is one I recently acquired at auction and happens to have beautiful toning in addition to its amazing error. 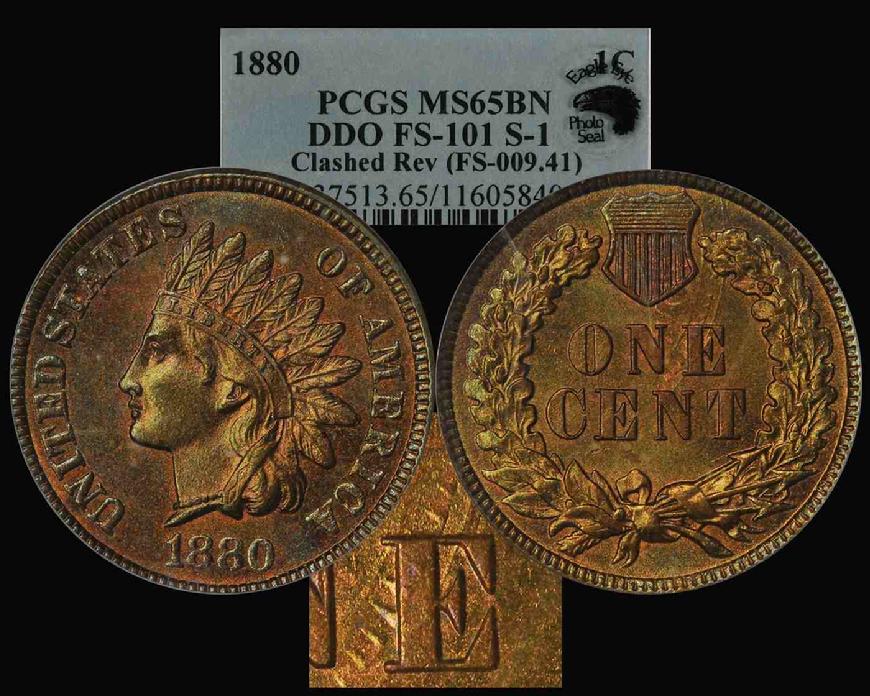 As Rick Snow stated when he wrote the auction description:  “This is one of the most intriguing varieties known to collectors irrespective of denomination or type.  There are clashmarks on the reverse from the obverse die, but instead of being emplaced in the corresponding area they are widely off center. Such is the position of the clashmarks, in fact, that the letters ICA in AMERICA and the surrounding denticles are clearly visible sweeping down through the reverse field between the right wreath and the shield to the letters NE in ONE. One theory as to the cause of this off-center clash is a quick hardness test by the die maker. By smacking the soft die with another die, the impression left would show whether the die was soft enough to accept a digit punch.”  I just love the beautifully toned double die off center die clash and am proud to have it in my collection. 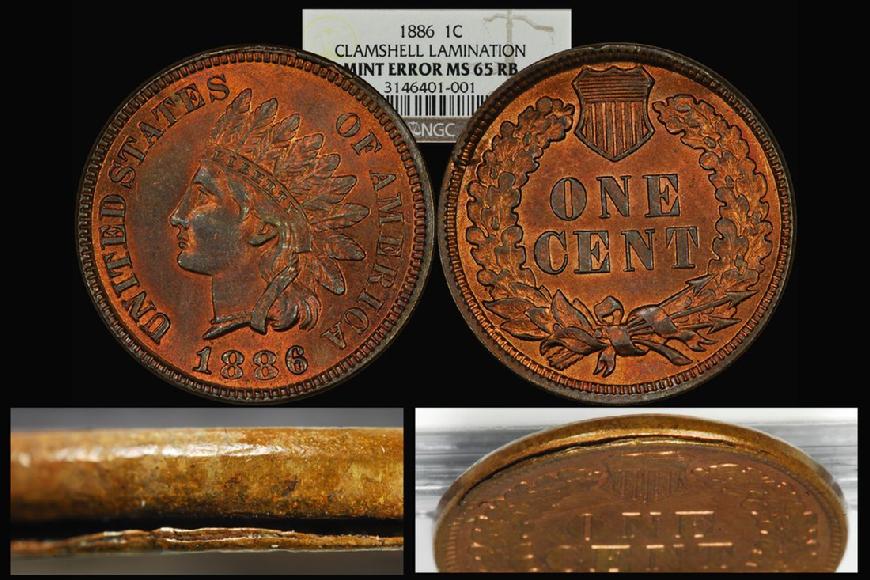 This is a coin I bought several years ago from a so-called vest pocket dealer at the Long Beach show.  It was in a 2×2 cardboard flip at the time and I didn’t notice the clamshell planchet until I removed it from the holder.  Wow, what a nice surprise on a really high quality better date Indian cent!  I’ve kept it raw until recently when NGC introduced their new EdgeView holders where the rim is still visible inside the holder.  It was authenticated as a “Clamshell Lamination” and I was even more please when NGC again agreed with my grade of MS65 RB! 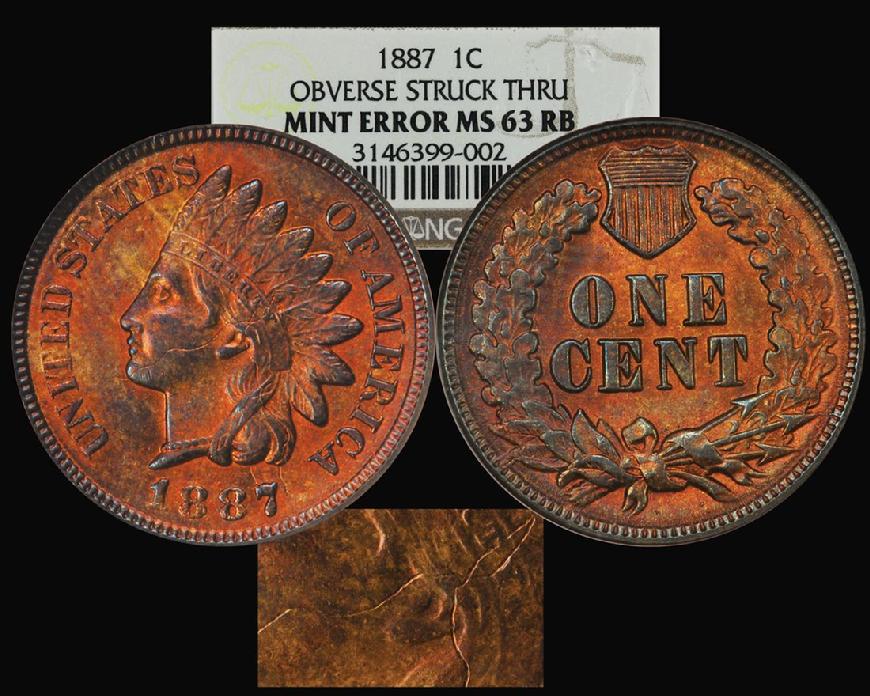 This is another coin I found raw on Ebay and sent it in for grading at NGC.  I initially had thought the foreign material had to be a wire or possibly a hair because I thought the object that was struck thru had to be something strong or hard in order to sustain the pressure of the powerful metal dies pressing onto the planchet.  So I posted these photos on some message boards to solicit ideas as to what had been left on the die that was struck thru, and the consensus was that it was probably a piece of thread left over from a cleaning cloth used to wipe the dies.  Interesting piece, don’t you think? 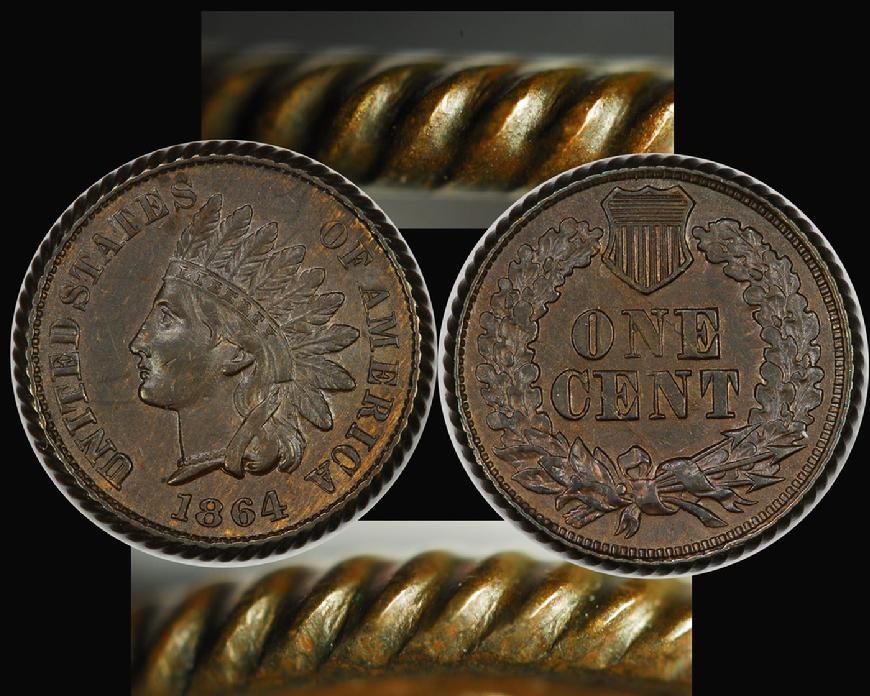 This is another piece that I found on Ebay about 10+ years ago (yes, I love to peruse Ebay and have been lucky to find some very unique items).  In addition to it being a nice quality better date 1864-L, I just thought this coin was so unique and couldn’t imagine at the time how it got the reeded rim.  Also, if you look close at one of the photos, you’ll see a nice reverse die break that goes from the wreath at about 10:00 down and across the C and E in CENT.  I again posted photos on the message boards and received some very plausible explanations, including the following:

This edge can be accomplished with a simple knurling tool on a lathe. Smaller diameter sacrifice stock is placed on either side of the host coin, (like a sandwich) the knurling tool can then be applied to create the reduced diameter decorative edge design. Any gun manufacturer from the Civil War era on would be able to create an example as such.

Knurling is commonly done on a lathe in a machine shop. This coin was obviously done by hand by a skilled craftsman in the pre machine tool days. Very similar to the old “hand checkering” that gunsmiths do. Pure art and skilled hands…..and a dying skill at that with the age of modern CNC equipment. [The above] pic is that of a knurling head that goes into a CNC or manual lathe, and is adjustable to fit the diameter of the workpiece.

Even though most likely manmade, I am crazy about this unique Indian cent and am pleased to be able to show it to others thanks to Todd’s great photos. 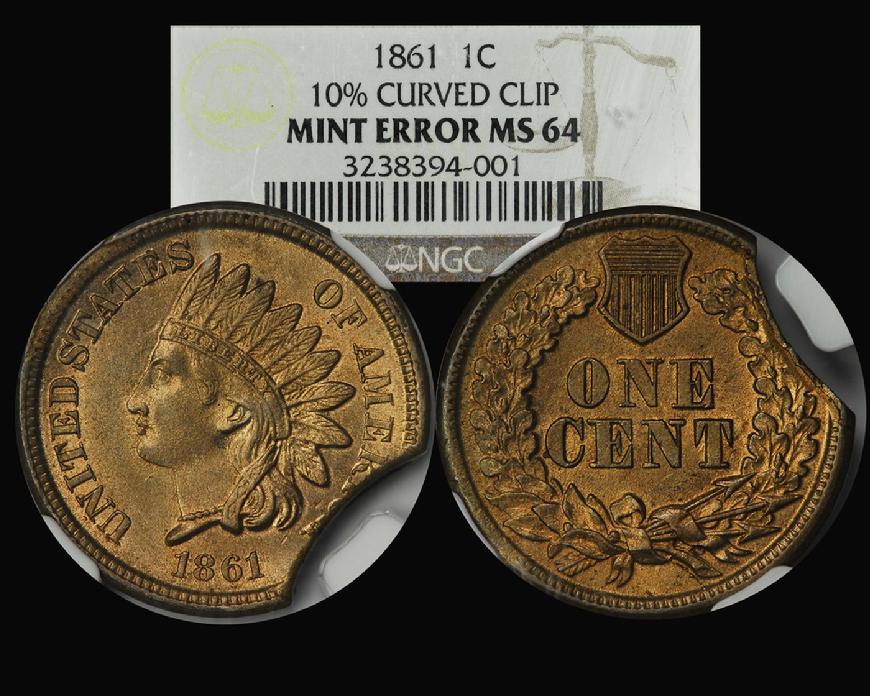 I found this gorgeous error last year in another dealer’s case in Chicago.  It was raw and just caught my eye in because the dealer had all kinds of coins and but only a couple of Indian cents.  I also recently sent this in to be graded and was happy that NGC agreed with my assessment of MS64.  I think it is pretty rare to find a high quality Civil War period cent with such a large error – obviously, someone must have noticed in way back then and removed it from circulation.  There is also some die clashing evident in front of the portrait. 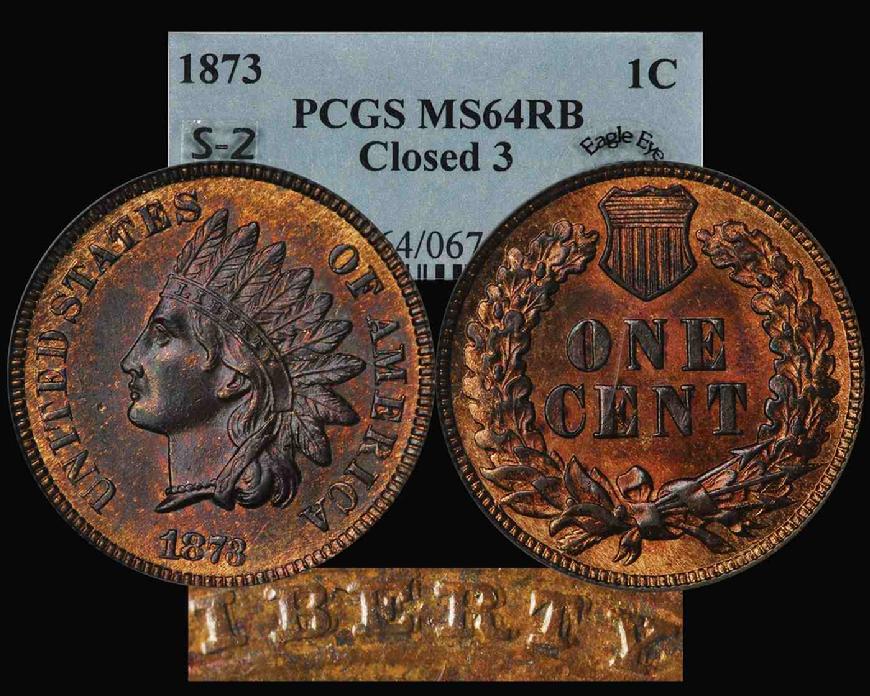 And here is a beautiful 1873 Snow 2 Double Liberty.  This coin is extra special to me because, if any of you have read “The Penny Lady” article that was first published here in the Ledger several years ago (and is also posted on my website), you may recall that I mentioned an unc 1873 Closed 3 that I had won off Ebay for $110.  It was a beautiful coin, probably MS64 RB, and at that time I didn’t know much about the double Liberty.  Right after the auction ended, I received an email from another Ebayer offering to buy it for an additional $100.  I told him I would have to wait until I had the coin in hand to see it for myself before I would sell it.  That email made me suspicious, so I decided to take a good close look at the coin when I got it to see why this guy was eager to pay so much more for it.  So as soon as the coin arrived, I pulled out my Flynn variety book (I didn’t have Rick’s books back then) and compared this coin to all the 1873 varieties, and, yes, I’m sure you guessed it, it was the double die variety – unfortunately, not the Type 1, but almost as good – it was the Type 2 variety with most of the letters in Liberty strongly doubled.  Of course I hooted and yelped and was so excited that my family wondered what was going on.  I can sincerely say that that was the moment my husband and kids finally understood the true value of a penny!  Any way, a short time later, I took this coin to the Long Beach show and ended up selling it raw for $2,000. 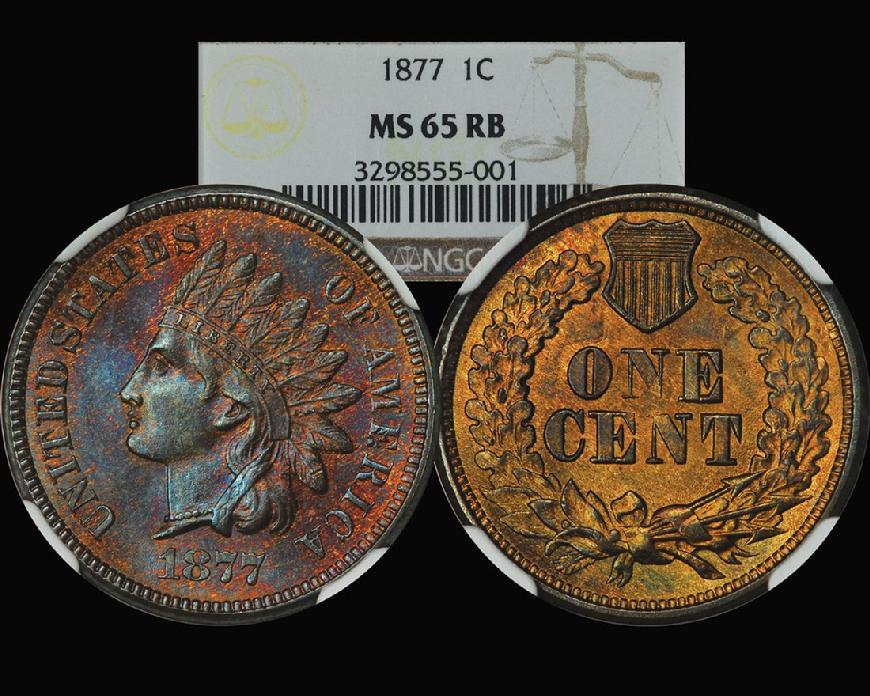 I’ve saved the best for last!  What can I say…. I have looked for many years to find a pretty toned high-end 1877 Indian cent, and until now the only one I found was one Rick had a couple years ago, except that it was MS66 RB and very out of my price range (it’s the same one Rick had imagined onto his mouse pads).  Then, at the ANA, I saw this in Rick’s case and immediately fell in love with it.  I even told Rick, “Now that’s a Charmy coin!”  So I went back to my table and began figuring out how I can acquire this gorgeous piece.  So with a little finagling and a little dickering and some kind concessions from Rick, this fantastic key date is now in my collection!

You can find out more about which cookies we are using or switch them off in settings.

This website uses cookies so that we can provide you with the best user experience possible. Cookie information is stored in your browser and performs functions such as recognizing you when you return to our website and helping our team to understand which sections of the website you find most interesting and useful.

Strictly Necessary Cookie should be enabled at all times so that we can save your preferences for cookie settings.

If you disable this cookie, we will not be able to save your preferences. This means that every time you visit this website you will need to enable or disable cookies again.